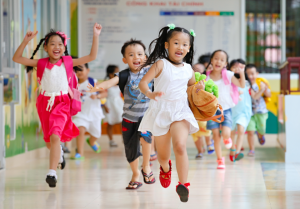 Communities of color and low-income communities, California’s most vulnerable populations, have the most to gain from community benefits when these investments target the root causes of poor health – poverty, lack of access to healthy foods, and poor air and water quality, to name a fe 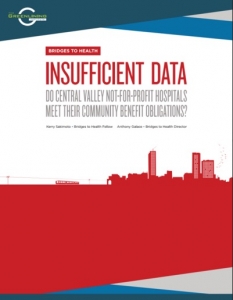 END_OF_DOCUMENT_TOKEN_TO_BE_REPLACED

California’s Medi-Cal 2020 1115(a) Waiver Demonstration Project provides new opportunities to expand substance use services to include a fuller continuum of care that includes withdrawal management, medication-assisted treatment, short-term residential, case management and care coordination with physical and mental health, and recovery support services. Drug Medi-Cal eligibility also expands to include single adults without children, which mean more people are able to receive substance use treatment services than ever before.

To address these barriers and disparities, communities of color – those most in need of services – need to be involved in the development and design of treatment options, and policymakers must consider the root causes of substance use disorders in vulnerable and underserved communities. That’s why CPEHN is engaging our communities to get involved so that the needs of underserved communities are included and addressed in the implementation of these new services. With stakeholder input from underserved populations, county departments of behavioral health can better meet the needs of the most vulnerable communities.

END_OF_DOCUMENT_TOKEN_TO_BE_REPLACED

More Than the Sum of Its Parts: California’s Accountable Communities for Health Initiative

When it comes to population health and equity, no single intervention or improvement strategy can solve our challenges alone. That’s the case made in a new commentary just released by Prevention Institute and JSI Research & Training Institute, Inc. That’s also why it’s so important that the request for proposals for Accountable Communities for Health (ACH) pilots in California includes a requirement that ACHs adopt a portfolio of strategies for advancing health. These include:

By aligning strategies across the portfolio, the interventions achieve a synergistic effect and compound into true population health improvement for communities. The success of this type of approach has been demonstrated repeatedly over the last 50 years through health improvement efforts that have incorporated both individual intervention and community-based prevention to take on issues as diverse as tobacco, driving under the influence, lead exposure, and violence, leading to public health victories that would never have been possible through individual sectors’ separate efforts.

END_OF_DOCUMENT_TOKEN_TO_BE_REPLACED

“The Community-Centered Health Homes model has spurred a phenomenal transformation in our community and our clinic. CCHH is a way to make the connection to what we’re doing in the community to the services & treatment that we provide in the exam room.”

A new Prevention Institute (PI) brief outlines what we’ve learned in advancing the Community-Centered Health Homes (CCHH) model across the country since it was first released five years ago. PI originally developed the CCHH model to provide a framework for healthcare organizations to systematically address the community conditions that impact their patients. By implementing activities based on community needs rather than medical treatment needs alone, we can improve health, safety, and equity outcomes.

In the five years since the first report release, the CCHH model has catalyzed action and activity in communities across the country - including California, the Gulf Coast Region, North Carolina, and Texas. The brief reviews and analyzes what we’ve heard from healthcare organizations actively involved in community change – particularly clinics doing early testing of the CCHH model – and summarizes lessons learned, recommendations for success, and common themes that have emerged for healthcare organizations and funders looking to implement the model. The brief was funded by The Kresge Foundation.

END_OF_DOCUMENT_TOKEN_TO_BE_REPLACED

To effectively identify racial and ethnic disparities in health and health care, it is essential that key elements such as patient race, ethnicity, and language proficiency be collected routinely and then utilized to measure performance. There is now also great attention being given to the impact of social determinants on health disparities--including environmental factors, food insecurity, transportation, and safe housing--among others. Hospitals in Pursuit of Excellence of the American Hospital Association and the Disparities Solutions Center at Massachusetts General Hospital are hosting a webinar, “Going Beyond REaL Data Collection: Collecting Social Determinants of Health” on Tuesday, February 23rd, from 9:00 AM – 10:00 AM PT.

END_OF_DOCUMENT_TOKEN_TO_BE_REPLACED

Prevention Institute (PI) and The College for Behavioral Health Leadership are co-hosting Summit 2016 - Population Health: Leadership for Building Healthier Communities this April 6-8, 2016 in San Diego. Conference participants will seek to identify and address opportunities for improvement, promote emerging consensus, contribute to the evolution of behavioral health and wellness, and positively impact the health of communities.

The Summit will feature:

END_OF_DOCUMENT_TOKEN_TO_BE_REPLACED

Safety, Justice, Equity, and Our Work in School-Based Health

On November 4, 2015 I attended “Smart on Safety,” an invitational summit to examine how California can reform the criminal justice system and transform communities to prioritize prevention over punishment. As Adam Kruggel, Director of Organizing for PICO California, stated, “mass incarceration creates a legitimacy crisis for some of our most deeply held values – that everyone has a right to be a human being.” Harsh sentences, three strikes, mandatory minimums, racial profiling, gang injunctions, and transfer of juveniles to adult courts have demonized poor black and brown males as less deserving “others” – predators who are beyond redemption.

Anyone who works in marginalized communities knows the toll that these policies take on the health and life prospects of their teen patients. Although one would hope that the appalling scene in South Carolina is not the norm, it has been well documented that black students are three times more likely to be suspended than white students. Suspension is a gateway to dropout, economic instability, crime and incarceration. And we don’t need to look only at teens to see how “tough on crime” affects children’s health. Tamir Rice, a 12 year old who was playing with a toy gun in a park, is dead. The children of Eric Gardner and Walter Scott are fatherless. Approximately 2.7 million children have a parent in prison – a vastly disproportionate number of whom are poor and black. Millions more children experience post-traumatic stress disorder from extended exposure to violent encounters between citizens and law enforcement in their communities.

END_OF_DOCUMENT_TOKEN_TO_BE_REPLACED

Fair Play: Shared Use as a Tool to Advance Health Equity

These patterns are pervasive. Throughout California and the country, low-income communities and communities of color are far less likely to have access to recreational spaces than their white, higher-income counterparts. Unfortunately, and perhaps not surprisingly, the places with the fewest opportunities for physical activity often have worse health outcomes.

The lack of safe, affordable places to play and be active contributes to the health inequities facing low-income communities and communities of color across the state. Residents of “park poor” communities disproportionately bear the burdens of the obesity and diabetes crises:

END_OF_DOCUMENT_TOKEN_TO_BE_REPLACED

A new Prevention Institute (PI) report, Moving From Understanding to Action on Health Equity: Social Determinants of Health Frameworks and THRIVE, presents an overview of social determinants of health (SDOH) frameworks and discusses how our updated Tool for Health and Resilience in Vulnerable Environments (THRIVE) has incorporated the field’s collective knowledge on SDOH. This work builds off our U.S. Office of Minority Health (OMH)-funded cooperative agreement with the National Network of Public Health Institutes.

PI first developed THRIVE in 2002, with funding from the OMH and The California Endowment. Since then, the public health community has created many more frameworks on the factors that shape health outcomes outside the healthcare system – i.e., SDOH.

According to the World Health Organization (WHO), SDOHs are largely understood as the broad set of factors that influence health outcomes directly and shape community environments. These factors reach far beyond the healthcare system, and include structural drivers, such as racism, and the conditions of daily living – the community determinants of health. PI is working with WHO's SDOH team to explore the use of our equity tools and updated THRIVE approach as a resource for advancing community efforts in other countries.